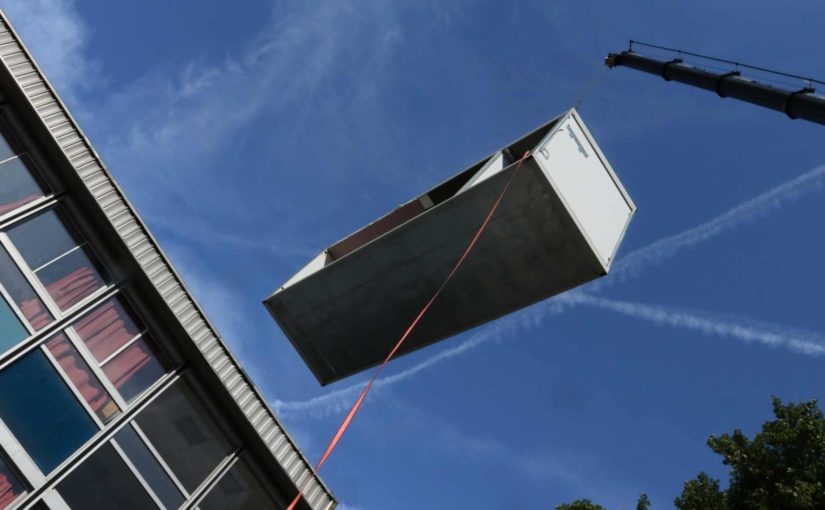 Embracing new methods and the advancements of the 21st century is no easy task, especially for businesses that have been doing the same thing for a long time.  Data, automation and other various technological advances in the construction industry have moved this once-stagnant industry forward. But one buzz word has been attracting more attention than most: “modularity.” Studies show embracing this particular change can have a positive effect where it matters most—the bottom line.

“Of the total cost that construction firms spend on materials, 35 percent of their spend is considered waste,” said Jason Vetterick, VP of Construction Markets at Airgas. “Going modular is one way to reduce that number.”

Once upon a time, construction projects mainly fell into two camps: conventional and modular. The former refers to structures that are built where they will stand; the latter constructed off-site then eventually moved to its permanent location. Conventional projects might reign supreme in the United States (for now), but modular has taken off in Europe and Asia and had some pretty stunning ends. For example, the towering 57-story J57 Mini Sky City tower in China was erected in less than three weeks.

With big name suppliers and contractors moving toward modular sites, it doesn’t appear to be going away anytime soon. In fact, it’s gaining momentum in 2018.

Is modularity right for your project?

Contractors are under more pressure than ever to complete projects on budget in increasingly shorter timeframes—usually with fewer resources. A successful project requires foresight, long-term planning and thoughtful engineering, meaning there’s less margin for error.

Modularity has been shown to not only be more cost efficient, but also offers many time-saving opportunities:

* When successfully executed, a modular approach can be replicated, leading to even shorter lead times on projects. With this “wash, rinse, repeat” process, firms can better prepare for the next job by considering what kinds of modular pieces can be worked into future designs.

“Modularity is not a fad—it’s here to stay and will still be growing 10 years down the line,” Vetterick predicts. “Leaders in the future will be those who adapt to this trend; those that don’t get on board are going to get left behind.”

Anchorage Alaska will break ground this spring on a 178-room, 32 apartment, with bar and restaurant, new boutique hotel. The modules will be constructed in China. They will be assembled by a local contractor that has built a number of hotels and office buildings in town previously, from scratch.