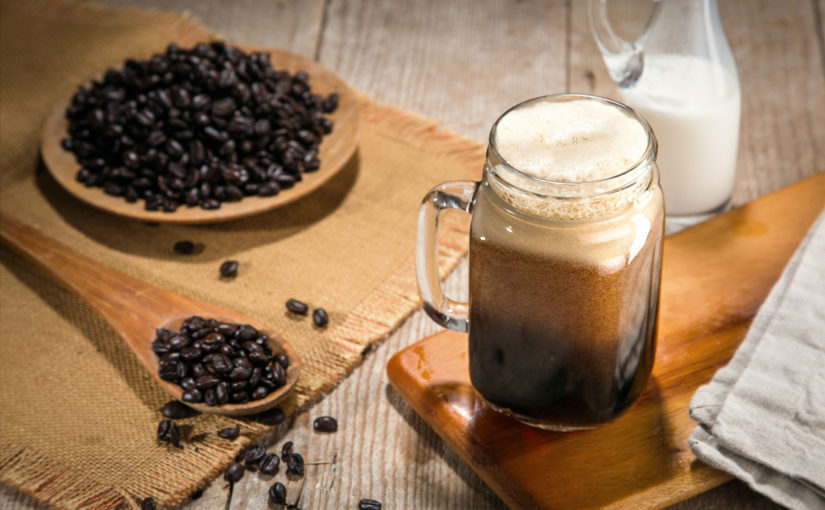 As temperatures rose this summer, so too did the number of nitro brewed coffee taps, as people started swapping their traditional iced coffees with nitro brew.

The nitro brew trend started in small independent coffee shops, but its rise in popularity over the past several years has caused big name coffee brands to take notice. Now even Starbucks® has recently added nitro brewed coffee to their menu in some locations. So, what is all this buzz about?

Nitro brewed coffee isn’t exactly new, and seems to have taken its time getting to the mainstream public. While the creator or origination of the process is debatable, in 2015, both Cuvee Coffee of Austin, TX and Stumptown Coffee of Portland, OR began offering the nitrogen disc canned beverage—making it accessible to the general public. Its rise can be credited to the smoothness the nitrogen adds resulting in coffee that resembles a Guinness® with a slightly sweet and creamy finish.

Here’s what you need to know before your next coffee run.

What exactly is nitro brewed coffee?

To create the nitro brew, coffee is first cold-brewed and then stored under nitrogen and dispensed with nitrogen. The nitrogen gas is released through a pressurized valve with tiny holes. As high pressure forces the cold brew through the valve, it creates a creamy, stout-like effect.

The science behind this:

First off, there is a difference between industrial nitrogen and food-grade nitrogen—and that difference is crucial. If you use industrial nitrogen for beverage applications like beer or coffee, you risk adding unwanted impurities to your product. Most establishments who dispense beer are well aware of this distinction, but coffee shop owners new to using gases in their processes really need to keep it in mind. Many beers already use a CO2-and-nitrogen mix to maximize the quality of the dispensed beer in their brewing process, so it was only a matter of time before the coffee industry caught on. In beer, the nitrogen helps to extract the sweet flavors and provides a smoother finish, and the effect is similar when applied to coffee. The richer texture of a nitro brewed coffee is due in part to the size of the gas bubbles. The nitrogen bubbles that form are very small, making it harder for the water to dissolve—resulting in a thicker, creamier beverage.

Add it to the menu!

If you want to begin adding house-brewed nitro coffee to the menu at your own coffee shop or cafe, you’ll need a tap system, kegs and of course a source of food-grade nitrogen. If brewing your own seems like too much work or money, you’re in luck! There are now many options available to purchase wholesale kegs of nitro brewed coffee that last for roughly one month once tapped.

What else do I need to know?

Demand for better coffee and more coffee options has grown significantly over the past several years and nitro brewed coffee has become a welcome addition to many menus—winning over even those who traditionally don’t drink coffee. The smoothness added by the nitrogen not only affects the taste but also cuts the acidity found in traditional cold brews. This makes it easier on the stomach, which is appealing to an even wider range of consumers. Also, because the nitrogen adds a sweetness and creaminess to the coffee, it is most often served straight up without any cream or sugar, which is a major benefit to the health-conscious consumer.

In addition to its unique brewing technique, the health benefits, smooth taste and attractive appearance that nitro brewed coffee offers makes this beverage trend likely to stick around for the long term.

Bill Baker is a Sr.Vice President of Business Development for Service Markets and Safety for Airgas. With over 30 years working in these markets, Bill has a deep understanding of relevant gas applications, emerging trends and the technologies his customers need to be successful.

Hello Stephen, thank you for your question. We will get back to you soon with an answer.

Hello Stephen, Food-grade gas follows stringent quality control procedures for filling in cylinders or bulk tanks that protect high-purity specifications and eliminate cross-contamination that could result in food safety risks. All gas cylinders are dedicated to food service and prepared in production facilities that adhere to Good Manufacturing Practice (GMP) standards. Food-grade gas is tested to the Food Chemicals Codex (FCC) standards to ensure its integrity throughout the supply chain – from production to delivery. Additionally, lot numbers are assigned and every cylinder is traceable to its origin in the event of a recall—procedures for such a recall are documented… Read more »