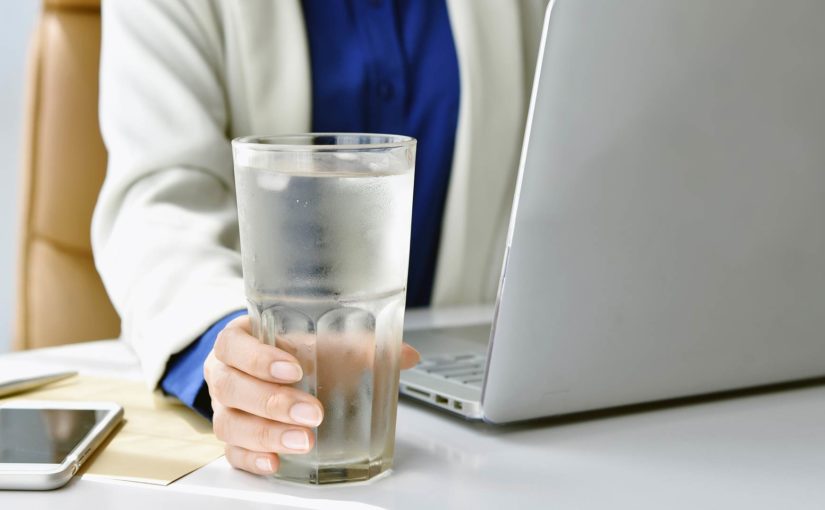 Dehydration is no laughing matter. In fact, numerous studies have found strong links between dehydration and impaired mental and physical performance, including in workers who are on the clock.

If you think dehydration doesn’t affect your business, think again. Estimates suggest that three quarters of American adults go through their day in a state of at least mild dehydration. This can result in anything from slight mood changes and productivity loss to serious job-related accidents that may have otherwise been prevented.

This article will give you a brief primer on dehydration and then run through six important early warning signs that you might miss.

If you’re going to recognize dehydration before it progresses too far, you first have to understand what it is and how it happens.

Water is essential in the body. It flushes out toxins, aids digestion, supports joint and eye movement, and keeps the skin healthy. So long as you’re properly hydrated, your body has no issue carrying out these routine functions.

But strenuous tasks, especially in hot and humid environments, can cause the body to lose fluids quickly. If those fluids aren’t replaced, dehydration can set in.

Mild dehydration is defined as a 1.5 percent loss in the body’s water volume, and symptoms gradually get worse as it progresses. A loss of 15 percent is enough to cause death.

We lose an average of 2.5 liters of water each day just through our normal bodily processes, like breathing, urinating, and sweating. But those who engage in hard, physical labor can experience a much greater fluid loss.

There are four main factors that contribute to dehydration:

Environment. Working outside in the sun, heat, or humidity can increase perspiration and cause workers to lose fluids quickly. Heated indoor working environments can have the same effect. Altitudes of 8,200 feet or greater tend to increase the frequency of urination and quicken breathing, which also uses up more fluids.

Physical activity. Strenuous activities that cause workers to sweat and breathe heavily contribute to greater fluid loss, which can lead to dehydration.

Illnesses and health conditions. Vomiting and diarrhea can quickly dehydrate an individual, while frequent urination from conditions like diabetes can cause workers to lose more fluid than they might expect.

Diet. Even though you’re consuming liquids, drinking alcohol, coffee and sugary sodas actually contribute to the onset of dehydration rather than helping replenish the body’s fluids. Caffeine can cause workers to urinate more frequently, while the body must work extra hard to process heavily sweetened drinks.

While these factors and their impact may vary from person to person, absolutely everyone is at risk if dehydration.

How dehydration impacts workers (and their jobs)

Dehydration can have serious effects in the workplace. Numerous studies have shown that even mild dehydration can significantly impact cognitive and physical abilities. For workers doing tasks that require concentration, precision and good hand-eye coordination, even a slight loss in focus can result in a tragic accident.

To drive the point home, a 2015 study out of Loughborough University examined the driving abilities of volunteers who were dehydrated. Shockingly, the study found their performance to be just as poor as people who completed similar tests while legally drunk, due mainly to a reduction in concentration and a slower reaction time.

It should come as no surprise, then, that dehydration can also be a major drain on employee productivity. Research suggests that just 2 to 3 percent water loss is enough to decrease energy levels by as much as 20 percent. If 75 percent of American adults really are chronically dehydrated, addressing the issue has the potential to boost productivity in businesses around the country.

Dehydration symptoms to watch for

Unfortunately, most people wait until they’re thirsty to take a drink. But the truth is that if you’re feeling thirst, you’re already in a slightly dehydrated state.

Catching dehydration early is key to addressing it before it has an impact on cognitive and physical function. Luckily, there are many other signs workers and their supervisors can be on the lookout for.

Headaches are an early sign of potential dehydration. They are often accompanied by tiredness and light-headedness, and can be remedied within about 30 minutes by drinking a tall glass of water.

Excessive sweating isn’t a symptom of dehydration, but it’s a sign that you are losing a lot of fluid and may be on the road to dehydration. If you’re perspiring heavily, use it as a reminder to replenish by drinking fluids.

Inability to focus is a key indicator that your body is running low on fluids. The brain requires sufficient hydration to run at full capacity, and those who are dehydrated may notice short-term memory lapses and poor levels of concentration and focus.

Bad breath is a little known, but important sign to take note of. A lack of fluids can prevent your body from making enough saliva, which can cause bacteria growth in the mouth and lead to bad breath.

Food cravings arise for a variety of reasons, but one might be dehydration. Dehydration can make it difficult for water-using organs like the liver to produce glycogen, and this can lead to cravings for food.

It’s completely possible to prevent dehydration altogether with good hydration habits. Experts recommend that workers consume about one quart of water per hour of active work, on average—that’s 3.78 liters every four hours. It’s a good idea to get into the habit of taking a drink every 15 minutes, so you’re consistently replenishing the fluids that your body is losing.

No matter how you slice it, dehydration is an issue for everyone. But knowing the signs and symptoms to watch out for is the best place to start.

This article was submitted by Sqwincher. Sqwincher, headquartered in Columbus, MS, is the leading hydration safety product for the industrial market. Browse all of Sqwincher's innovative hydration dispensing methods here: https://www.airgas.com/brand/Sqwincher-Corporation/category/69-6000