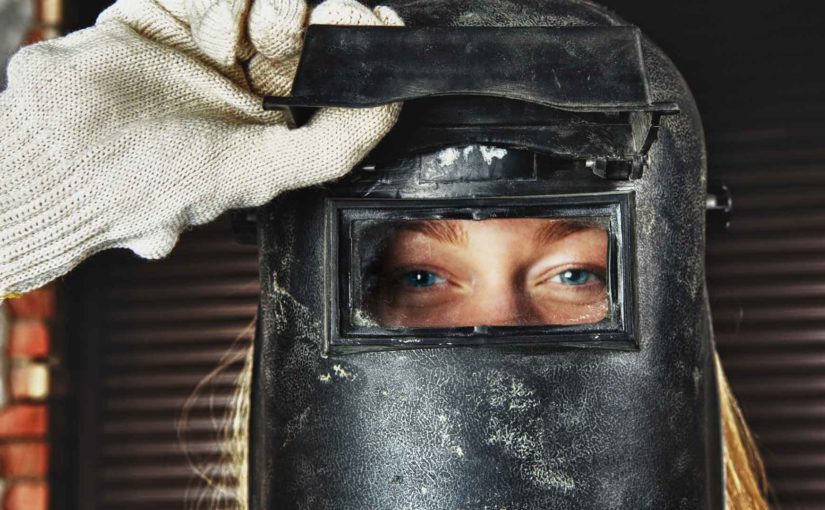 Now more than ever, women are lacing up their work boots and making big moves in the world of welding, metal fabrication and construction. Once considered unusual career choices for women, trades like metal fabrication and construction have opened their doors to women—or, rather, women are kicking those doors down. One in particular is Karen Gilgenbach, Area Vice President at Airgas, an Air Liquide company. As a manufacturing industry veteran of almost 20 years, Gilgenbach shared the positive changes and adaptations she has seen in the trades during her career.

Airgas Thinks: Over the last decade, how would you describe some of the changes the manufacturing trades have gone through when it comes to women moving into this line of work?

KG: Anecdotally, from my own experience and perspective, it seems like there has been really amazing growth in terms of the amount of women in construction and welding careers. I believe that the technical schools have specifically been very supportive in reaching out to pull more women into these fields that they might have not otherwise been exposed to. With that said, thanks to social media and television, women in these trades are getting much more exposure, which in turn is making them role models for younger females who might not have known this was a career path they could follow. We’ve really seen growth in exposure of women in these non-traditional careers, which is definite proof of the positive shift in climate within the industry.

There are a lot of individual companies and employers that are extremely supportive. These companies are becoming more adaptive to female employees, with benefits that they might not have thought about before, such as maternity and paternity leave, with an exclusively male environment.

AT: What are some of the challenges women welders previously faced in the construction trade that they no longer do?

KG: It might sound like common sense, but a major challenge or issue that has seen some resolution is the availability of personal protective equipment. I’ve talked to so many women who remember years ago when their helmets, gloves and steel-toed work boots were too big and they weren’t able to get the correct size. Today, women have access to personal protective equipment that fits properly and ensures safety.

A lot of companies are also becoming more sensitive to ergonomics, body mechanics and weight restrictions. I think that as a whole, the trades are focusing on the long-term health of its tradespeople. I see a lot of ergonomic lifting devices in the field and there have been a lot of improvements in this area that truly benefit women who might be smaller in stature.

AT: How can companies and schools work toward inspiring young girls to pursue a career in the trades?

KG: Starting from a young age, there are schools that have shop classes at the middle and high school levels that could be beneficial to young females who don’t have a woman in their lives who is directly tied to a career in construction or welding. It’s important to let these younger girls know, maybe even younger than middle and high school ages, that this is an opportunity and path they can explore right within their own school. By the time kids are in high school, they’re picking where they go to college. If these aspiring female construction workers or welders already know they enjoy these activities or classes, they will be able to make an informed decision for life after high school.

AT: What have been some advances to searching for a job within the trades?

KG: The support of people who are already in the trades, from young women to new women and women already in the industry, has been instrumental in the growth and success of women in these fields. Beginning at the tech school level and moving up to the trade unions such as iron workers and the companies themselves, there is so much support when it comes to increasing diversity in the workforce.

AT: What is your hope for the future of women in welding and construction?

KG: My dream would be that one day our industry sees employment rates of 50 percent men and 50 percent women. And ideally, no young girl would ever look at her gender as being a roadblock to working with her hands and building toward a successful and rewarding career in the trades.

Hopeful for a Female Future in the Trades

In an industry where employment rates continue to decline, Gilgenbach and many other women in the trades advocate that with a little inspiration and support, women of all ages can achieve a successful career in the field of manufacturing. The trades have seen growth in the number of women within the industry, thanks in part to the companies, unions and teachers who strive to make the world of metal fabrication, construction and other hands-on jobs accepting and welcoming to all tradespeople.

Karen Gilgenbach started in the gas and welding industry in 2003 after completing her undergraduate degree in Engineering Mechanics. She has worked for Airgas as an Account Manager, Radnor Product Manager, Advanced Fabrication Specialist, Weld Process Specialist, and District Manager and is currently the Area Vice President for Airgas West in the LA Basin. She is a former Chairperson for the American Welding Society Milwaukee Section, and current Vice Chair for the AWS D16 committee on robotic welding, and has a Masters of Science in Weld Engineering. Karen is currently pursuing her MBA through Indiana University's online program.

Way to go Karen! We remember your earliest days repping for local weld supplier. You hauled in weld wire we needed. You lugged it all through our triple front doors. (That was the “test” you know! If anyone could manage getting thru 3 entry doors) You worked your heart into this industry. Nothing holding you back, and look at you now! Amazing education, amazing work, and involvement in the AWS. You broke that glass ceiling many years ago. Don’t look back, you’re not going that way! True grit.

Yes, sounds like part of the problem with the planet now???

Thank you so much for such an informative piece of information 🙂